How Much Money Is Enough? 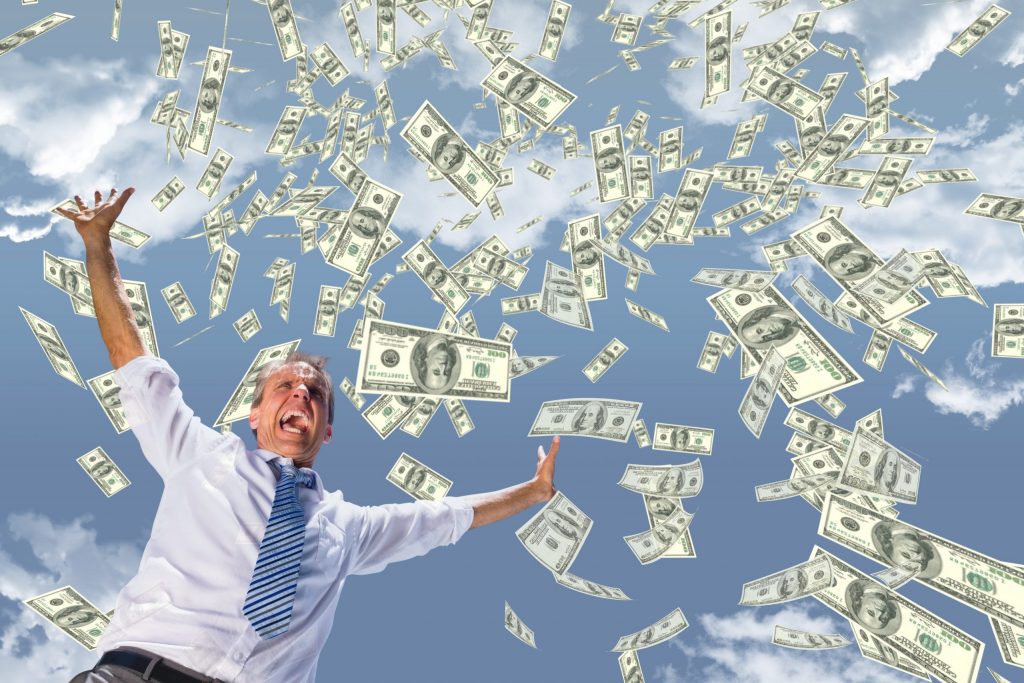 When is it ever enough?

And how much money is enough?

I’m going to cover strategies and tactics to help you calculate exactly economically and scientifically how much money is enough for you.

Now, one thing I can tell you is that a million is not enough. New millionaires who have earned their first million, well they’re actually nowhere near as wealthy or as financially secure as 30 years ago when 1 million might be what 10 million or more is today.

Okay, so I’ve got a specific amount that I believe to be right today. But in monetary terms, it actually changes because of inflation and needs to be adjusted every five to ten years. So there are a few factors I’d like to do discuss step-by-step to make this amount bespoke to you.

But if everything has an upside and a downside, being financially opulent means the upside is, of course, doing what you want, when you want. But there’s a massive responsibility along with massive costs that come such as insurances that come with it.

So the first thing you got to think about in terms of how much money is enough is what’s your desired lifestyle? And this is for now and then also for the future. I believe that as long as you set a goal well in advance you can achieve it.

There are two types of money when it comes to how much money is enough and that’s capital and income. Capital is the cash that you have as the asset and income is the stream or ideally the multiple streams of income that are kicked off from the capital.

Now, the capital can be held in cash and can give you quite a low-level return of four or five percent and you might hold it in the form of stocks and shares for example an ISA.

Security Capital creates income, so you take your existing capital and you invest into assets that produce income for you and then you roll up that income to retrieve lumps of capital that you can put into other assets that will then compound in value over time.

Okay, so enough money if different depending on your lifestyle so here’s my general take. The first thing is a million is not enough, why? because you’ve got your agents fees, you’ve corporation tax, income tax, National Insurance and personal tax. You could end up paying 50%-60% of your million income in tax. So it’s important you work out the net income that you need.

Right, I’m now going to share my eight points to work out how much money is enough, just remember to work the net income and not the gross.

But first, consider so some of these things, your age and what that means for your desired lifestyle. What are your current overheads? Do you have dependents? And what legacy do you want to leave behind? It’s wise to plan them in so you can work out how much money is in enough for you because then you can set this as a goal.

All right, so here are the eight points.

Work out your current worst-case personal overheads and your monthly expenses, most people underestimate how much they spend or will spend on a monthly basis, so make sure to keep track of all of your expenses. Next, you need to work out your ideal lifestyle and then what overheads that will bring, consider everything including school fees and car loans to direct debits and everything else. So your desired lifestyle might require £15,000 per month.

So if you have a capital of a million, 5% is £50,000 and that’s a realistic yearly return on a lump of capital. Therefore your capital should be able to generate 50 Grand a year in income.

Now, you need to invest your capital wisely. Perhaps you want to invest in an ISA or stocks. I often just invest in the FTSE 100 and it constantly seems to outperform projections. You might want to self invest with property Investment leverage so you can get a higher return. There’s many different and quicker ways.

Okay, next you have to factor in inflation. So, for ease, I would assume that £10 will be £15 in 10 years. This means that basically, you need 50% more income for the same relative lifestyle every 10 years.

Right, next is it’s important realistically target 5% growth on your capital or your Investments. So, let’s say that you’ve got a million pounds worth of Investments today in year one, that’s going to grow by £50,000 (5%) which might is point 1 and then by 5% again the next yeah which is point 2-3 which is realistic with leverage and if you’re a smart investor and an active investor you can grow your capital that more and more with leverage.

Okay, now you need to factor in the costs of your increased lifestyle and what that costs on a monthly basis as naturally there will be more overheads and expenses.

And finally, you need to invest your capital into assets as the capital and its growth in investment assets is what creates the income.  So, preserve that capital, save those lumps of capital and protect it in safe investments such as an ISA, watches or cars.

So how much money is enough money? I would say it’s now £10 million, not £1 million.

We’re just finishing off a new development which will kick out about half a million pounds a year and most people can live well on that, so I reckon it’s £10 million that should be your target of capital that will allow you to live an opulent lifestyle doing what you want, where you want.

PrevPreviousClubhouse: The Hot New App For 2021
NextHow To Have A Bigger Impact On The WorldNext