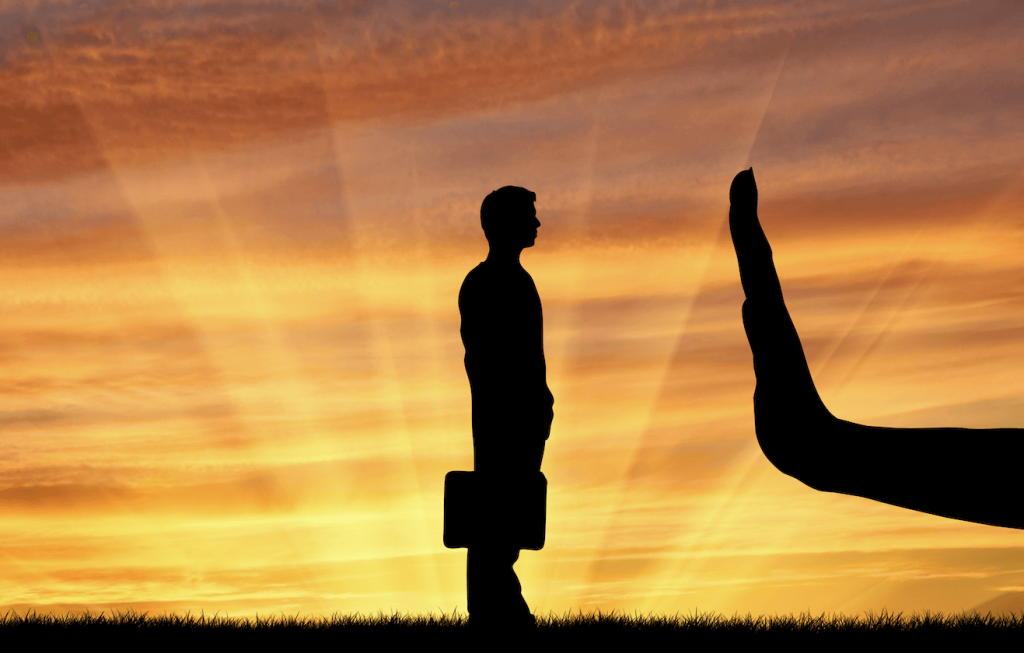 Nobody likes to feel rejected and I suspect that everyone feels that they’re the only one who knows and understands the pain of being rejected. I’d argue that it affects to EVERYONE, certainly everyone that I’ve met, regardless of their status or their perceived level of success in life.

I want to share with you a number of solutions that I think will help you deal with the inevitable rejection that everyone experiences in the most effective way possible. These are the lessons I’ve learned in my own life through the numerous rejections I’ve experienced. I haven’t always handled it in the best way possible but because of this, I’ve identified a number of ways in which I think it can be managed if not overcome.

1. Rejection is never about you; it’s always about them

People don’t know what you’ve gone through in life, they don’t understand your pain and they don’t appreciate the triggers that their rejection sets-off in you. When they’re rejecting you, what they’re reacting to is your pitch, whether its content or the fact that you pitched to them at the wrong time. They’re rejecting based on how you approached them or perhaps it’s just driven by their feelings on that given day. Fundamentally, it’s all about them and how they’ve received your approach rather than about you or anything that you are.

Once you can learn and accept that the rejection isn’t about you personally, you will be able to prevent the rejection from affecting your being and your feelings about who you are. Rejection can trigger feelings and thoughts that ‘I’m not good enough’ or ‘I’m not worthy’ but the reality is that (at worst) your pitch wasn’t good enough or the product or service that you are selling isn’t a good fit for the prospect. It’s not about you.

Learn to brush-off rejection and move on. You are not your mistakes and you are not a failure. You make mistakes and sometimes will fail. There is a difference.

2. Everyone gets rejected (I get rejected daily!)

I have just received the 100th 1-star review for my book Money. That’s 100 reviews from trolls, critics, competitors and haters but also from those who genuinely didn’t get anything from reading the book. That’s a lot of rejection and taken in isolation could easily make me feel like a failure as an author. However, I needed to get those 100 1-star reviews in order to earn the 2151 5-star reviews and 351 4-star reviews that the same book has also received. It would be easier to feel rejection from the negative feedback in spite of the overwhelmingly positive feedback that I’ve also had. What I remind myself is that people aren’t rejecting me, they’re commenting on the book. They’re reflecting how they felt on reading the book and the feelings that the book evoked in them.

Stop feeling alone, like you are a failure and that everyone else is successful. We all get rejected, regularly. To become successful, getting rejected is a necessity to learn and to make progress, and it’s essential to understand and believe in this. Rejection and failure aren’t the opposites of success, they are required in order to be successful!

Seek out rejection daily or even hourly and build the resilience to succeed.

3. No one likes it, but the successful use rejection

Success is intrinsically linked to rejection. Many of the most successful authors get rejected multiple times before they eventually make it. The same too goes for sports-people, actors and musicians. Success in all endeavours demands the ability to keep pushing on in spite of rejection and failure.

Those who have achieved great-things in any area of life haven’t been gifted their success. Instead, they’ve pushed onwards, dealing with failure and hardship relentlessly and repeatedly. They know that in each rejection there are lessons that will allow them to become better, stronger and more resilient. This prepares them for the success that will later come if they can just weather enough storms.

4. Rejection triggers your emotions and allows you to keep learning and evolving

All rejection really is, is feedback. Your emotions are the inherent feedback mechanism that evolution has equipped you with to survive, to weather adversity and danger and to react and respond to your environment in pursuit of security.

Experiencing guilt, shame, loneliness, embarrassment or feeling ostracised are all emotional reactions to rejection. The rejection itself is feedback upon your actions; maybe your timing was wrong, your approach too aggressive or your product simply not ready for the market. It’s down to you to shape how you take that feedback and how you respond to the emotions that it evokes to make it serve you and to help you improve and grow.

Don’t try and avoid rejection. Seeking safety and security may feel comfortable, but it will likely also limit the successes that you experience in life. Instead, expect rejection and use it as a trigger for learning from the feedback it provides. The reward that is brought through learning and evolving may be ever-greater rejection as your successes emerge. It’s part of growth and progress and you should see rejection as a gift in that sense, not something that must be avoided.

“The most successful people in the world are people who were rejected more than anybody else.”
-Tony Robbins

5. Rejection is linked to your past and your recurring triggers – you must get to the root cause of these and change their meaning

Rejection is usually a trigger, based on something that happened in your past. My trigger is founded in the rejection I used to receive as an overweight teenager. I felt like I didn’t fit in, like girls were disinterested in me. These strong emotions are effectively burned into my memory. I believe that the same is true for everyone, and their past experiences are well-established as triggers within them that can prompt feelings of rejection when they are invoked.

You need to try to identify and understand your internal triggers that prompt you to feel rejection when external events prompt your memories from the past to come to the fore, causing those familiar feelings of rejection to rise to the surface. These past-experiences and memories are gone and are no longer real, and for many these are as far back as in their childhood. Try not to allow these past-events to continue to control and constrain you as you move forwards into the future.

Forgive yourself and anyone else involved in the past-events that have caused those triggers to exist, and then you can move forwards, unencumbered.

“Forgive yourself for your faults and your mistakes and move on.”
-Les Brown

6. Be gracious and grateful for the rejection that you receive

If you get feedback, positive or negative, that’s a sign that you’ve been noticed and that someone feels that you’re worthy of comment. Even if that feedback is negative and prompts you to feel rejected, it’s still a sign that the person was aware of you and your work and took the time out to comment. You don’t know what to improve if you don’t receive comments and feedback and so feedback is a gift upon which to act.

When I’m trying to secure high-profile guests to appear on my podcast, The Disruptive Entrepreneur I’m constantly receiving knock-backs. I’ve learned that when people take the time to decline, it’s usually a sign that they’ve done some research and maybe listened to a few episodes which is positive as it signals interest. This usually means I have a greater chance of eventually securing their participation. This is better than if I don’t receive outright feedback or rejection in the form of silence! It’s far more positive to get the rejection than not, as I’m getting closer to the yes.

There’s always something to learn, even from trolls and haters. In that case you can learn how to transcend the outright and groundless rejection rather than letting it get you down. You can also transcend rejection and criticism by rising above it and expressing gratitude for it publicly. Don’t make the mistake of thinking that all critics are haters. They care enough to give you feedback on how you can improve whereas your fans may be forgiving or just accept everything you say. The critics are often those who will help you improve in the long-run.

7. While you may struggle with rejection, others find it easy – learn from them

As with all skills and traits in life, there are those who find it difficult and others who find it easy. The same is true for rejection! There are many people out there who have learned to embrace, appreciate and learn from the negative feedback and rejection they receive. You can seek them out and learn from them, to become better by adopting the same tactics and strategies as they have.

There are so many people out there who are letting their past damage their present and future. When you feel those strong emotions arising within you, recognise them for what they are; triggers from events in your past. Try and maintain perspective and self-control and don’t resort to anger or a rant on social media to feel better. Don’t give up either!

Don’t allow the past to maintain a hold over your present and your future by letting rejection immobilise your efforts in the here and now. Instead, seek out the positives of rejection and failure. Be grateful for the feedback, learn from it, grow from it and become better.

Your reward may well be even-greater opportunities for rejection, but the other reward will be the successes that come with it.

PrevPreviousHow to find high net worth investors?
Next3 drastic changes to social media and how to prepare for themNext