No one can be #Fearless, but everyone can be this instead 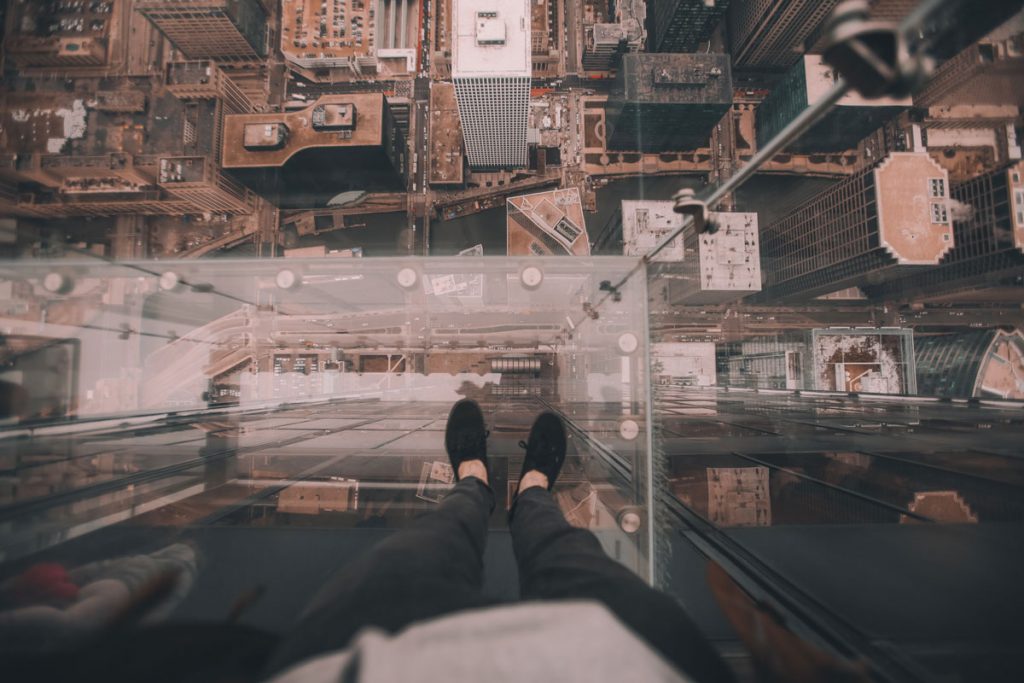 What is fear and fearless?

There are seven recognised universal emotions that everyone experiences – fear is one of them. Fear will present itself when there’s a threat, whether that be physical or emotional, psychological or even imagined. People usually consider fear to be a negative emotion but it’s an important one to experience, one that enables us to deal with any potential danger. Being fearless is the flip side to that coin. It allows you to push boundaries, face problems and grow, doesn’t it?

There are 8 different intensities of fear:

While fear can keep us safe it can also prevent us from doing things we actually want to do.

The fight or flight response (also known as the acute stress response) refers to the psychological reaction that happens when someone is mentally or physically scared.

It’s triggered by a release of hormones that prepare the body to either stay and confront the threat head on or to run away to safety.

In response to stress or fear, the body’s nervous system is triggered by a release of hormones. This then stimulates the adrenal glands, triggering the release of catecholamines (including adrenaline and noradrenaline).

This results in an increase in heart rate, blood pressure, and breathing rate. After the threat is gone, it takes 20-60 minutes for the body to return to its pre fight or flight state.

‘The Chimp Paradox: The Mind Management Programme for Confidence, Success and Happiness’ by Professor Steve Peters, deep dives further into fight or flight and how we react to fear.

In a nutshell the book speaks about the three different parts that make up our psychological mind:

The Chimp is the part that responds to fight or flight. This part of our mind can be constructive or destructive and we need to learn how best to control it, to use it to our advantage.

For example, athletes at The Olympics walking out to compete in the race they have trained for relentlessly for years could potentially become so overcome by fear that they are unable to perform. Making all of their years of training a complete waste of time.

However, if they ‘train their chimp’, they are able to face the fear. Turn it into excitement and use it to their advantage to try and win the race.

One of the big US Sharks from Shark Tank says “You have to be #Fearless”. She even put a hashtag on it. Sorry, but this is wrong.

No one is fearless. This is impossible. As I’ve discussed, fear is a biological response. It is a necessary survival instinct. It is inherently human. It’s like saying “#Be Feelingless”.

Will Smith slapped Chris Rock because of his fears of humiliation and not standing up for his wife, just at the highest point in his career – winning an Oscar.

Adele shared publicly that she suffers from severe anxiety attacks, making it hard to perform in front of large audiences. In fact, during one concert, she vomited, ran off stage and escaped through a fire exit.

It’s dangerous and damaging for people to flaunt #Fearless, and for you to be delusional that you need to be fearless to succeed. You do not, you need to face your fear. You need to. Do it scared.

Fear never goes away, because it serves to keep us safe. The paradox of fear is that because it hurts, we avoid it. But all our growth is in the face of fear.

In fact, many people even have a ‘fear of success’. That’s a double paradox! Fear of the thing that overcomes your fear. The greatest fear isn’t even the thing you’re scared of, it’s of fear itself.

So, let’s forget all this be #Fearless nonsense, and be human, brave, honest. Take a deep breath and walk into these fears, both prepared and naive, and grow through them. Rather than running from fear, learn to dance with it.

We need to train our chimp and use fear to your advantage.

Embrace the fear and join Rob.team

Let’s be #FearFULL, not #Fearless.

Fear NEVER goes away. Any perception that you can be fearless, or need to be fearless to succeed, will create an unachievable fantasy that will probably scare you even more into doing nothing.

You don’t want to be frozen, never achieving anything new, taking any risks or achieving your full potential all because you were overcome by fear to even try.

Fear NEVER gets easier. You just get better at facing it. And when you master one thing you fear, what’s your reward for this? Another thing you fear presents itself.

New level; new devil. Feel the fear and do it scared.

So, are you ready to become FearFULL and take the next step to better your future? You crave change, so stop letting fear stop you from creating it.

It’s my members only platform called Rob.team. It costs only £5 +VAT or $5 +VAT a month (and you can cancel at ANY TIME!).

There are HUNDREDS of hours of business masterclasses and entrepreneurial courses available for you to start implementing.

It’s time to take control of your future. This content will give you a better financial education, knowledge and teach you how to start and scale a business.

There’s content going back for YEARS. I’ve just relaunched it in the last month because of all the crazy stuff that’s happening in the world at the moment.

I’m tripling down on the amount of content I’m putting in. There’s masterclasses every week, I’ve got THOUSANDS of new members – it’s exploding.

You don’t want to miss it.

Have a question or wish to find out more? Then simply get in touch with me today and a member of my team will be on hand to help.