In this brand new mini-series, I’m going to cover the essential rules to setting up, managing and scaling recurring income streams. I’ll be diving into some different asset classes and models that I think you can invest in and not all necessarily with money, but with resources, time and creativity.

Now before we get into it, there are some rules…

First of all, let’s define the difference between passive income and recurring income.

Passive income exists once you’ve built an active income stream or acquired assets first. Passive income can be one-off, whereas recurring income is by it’s very nature, recurring. And it’s relentless and persistent.

Passive income appears as though you’re doing less work but with recurring streams, there’s always more and more and more work to be done. Passive tends to remain passive, whereas recurring income is active and omnipresent, It wants to grow and grow all of the time.

At this point, it’s time for a little exercise.

Okay so here are the five main differences between passive and recurring income:

If you want to learn all the tools and techniques to build passive, recurring income to give creators, influencers & entrepreneurs more stable, continuous cashflow YOU control then sign up to my Recurring Income Summit by clicking here. 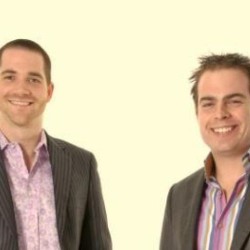